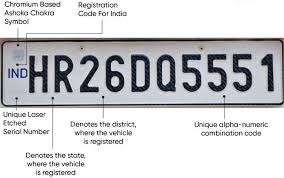 The provisions of the Bill talk about improved citizen centric services, reducing the number of accidents and several steps proposed to reduce the footfalls to regional transport offices (RTO).

Traffic police checking the licence of a person riding a bike. Photo: IANS

The Motor Vehicle (Amendment) Bill 2016 was finally passed in the Lok Sabha on Monday after it was introduced on April 7. The Bill was passed by a voice vote after several opposition amendments were rejected, one of them being to increase the compensation in case of accidents.

The Amendments to the Motor Vehicles Act 1988 authorises the government or the Ministry to exempt or waive off any section to promote innovation. The provisions of the Bill talk about improved citizen centric services, reducing the number of accidents and several steps proposed to reduce the footfalls to regional transport offices (RTO).

So what are the positives of the bill?

The Bill provides for a Motor Vehicle Accident Fund which would provide compulsory insurance cover to all road users in India for certain types of accidents.

It has authorised the government or the Ministry to exempt or waive off any section to promote innovation.

The Bill defines taxi aggregators and will have guidelines which will be determined by the central government. For instance, aggregators violating licencing conditions will attract fine of Rs 25,000 to Rs 1 lakh.

It also has several steps to reduce the number of accidents. Besides this, it has several steps proposed to reduce the footfalls to regional transport offices (RTO). “We have proposed an amendment in the Motor Vehicle Act where people need to have Aadhaar number to apply for driving licence and need not to visit transport offices to get a learning driving licence as it all will be online,” Road Transport and Highways Minister Nitin Gadkari told reporters after the Cabinet meeting.

Under the new amendment there are several steep penalties that have been introduced. For instance, drinking and driving will attract a steep fine of Rs 10,000 instead of Rs 2,000 which was in the old provision.

It has increased the compensation for Hit and Run cases from Rs 25,000 to Rs 2 lakhs. It also has provision for payment of compensation upto Rs 10 lakh in road accidents fatalities.

The fine for driving without a license has been increased to Rs 5,000 from Rs 500 earlier. While over speeding can get attract a fine of Rs 1,000 for LMV and Rs 2,000 for Medium Passenger Vehicle from Rs 400 for both earlier.

Riding without helmets could attract a stiff penalty of Rs 1,000 and disqualification for 3 months from Rs 100 earlier.

Every year 5 lakh road accidents are reported in the country in which 1.5 lakh people lose their lives. Government is committed to reduce the accidents and fatalities by 50% in five years.

It has also included new provision to impose a fine of Rs 10,000 for not providing way for emergency vehicles. It has also included offences by juveniles where the guardian or owner of the vehicle will be deemed guilty would attract Rs 25,000 with 3 years imprisonment. The juvenile will be tried under Juvenile Justice Act.

However, there is still no clarity on whether it has removed some of the archaic rules under the Motor Vehicle Act 1988. The offences under the law but are not practiced.