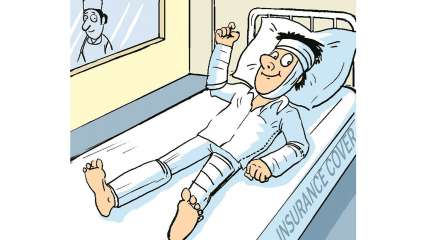 In a big relief to thousands of people, SC has allowed the registration of BS-IV vehicles purchased till March 31 but could not be registered due to the lockdown before the March 31 deadline.

In a big relief to thousands of people, the Supreme Court on Thursday allowed the registration of BS-IV vehicles, which were purchased till March 31 but could not be registered due to the nationwide lockdown before the March 31 deadline.

A bench headed by Justice Arun Mishra said that all registrations on e-portal, including temporary registrations, are allowed. However, the relaxation won’t be applicable to Delhi-NCR.

“We cannot be allowing registration of vehicles in Delhi-NCR. This is not applicable to Delhi NCR,” noted the top court.

The top court noted that there were certain vehicles, details of which were not uploaded on the VAHAN e-services portal for registration of vehicles, and these sales were made despite the court’s orders that no registration would take place for sales post March 31.https://www.youtube.com/embed/t0hq5N8A3JA

The top court also disallowed the registration of some vehicles which were sold by the dealers during the lockdown period.

Senior advocate K.V. Viswanathan, appearing for the Federation of Automobile Dealers Associations (FADA), submitted before the court, “We will comply with whatever the court says. But I urge you to dispel any thoughts that there was any wrongdoing or misuse of the lockdown period.”

Additional Solicitor General Aishwarya Bhati, representing the Centre, contended before the bench that details of 39,000 vehicles were not uploaded.

“Other than that, the rest has been traced and the details are available on the e-VAHAN portal,” she added.

The top court did not allow the registration of the 39,000 vehicles, which were not uploaded on E-VAHAN.

On July 31, the Supreme Court had ordered that no BS-IV vehicles will be registered with the authorities concerned till it decides the matter connected with the sale of vehicles during the nationwide lockdown period.

After the apex court order, hundreds of BS-IV vehicles could not be registered, as it restrained transport authorities across the country from completing the process.

The top court had noted that many vehicles appeared to have been sold during the lockdown, flouting its order of just 10 per cent sale of inventory.

On July 8, the SC had recalled its March 27 order, in which it had allowed the sale of BS-IV compliant vehicles for 10 days, barring in Delhi-NCR, after the lifting of the nationwide lockdown.