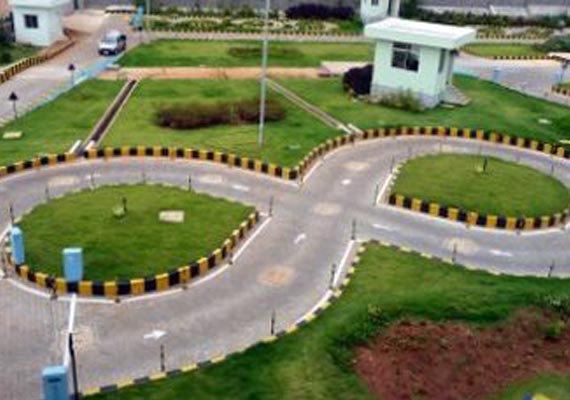 Get a driving license without taking any test, find out how! The Ministry of Road Transport and Highways: The government is currently seeking comments from the public on the draft bill for the next 30 days.

New Delhi: Under the current system, driving test is mandatory for driving license. The license is obtained only after going to the local transport office (RTO) and giving a driving test on the track prepared for the test. The reason is that the test shows whether the person really knows how to drive. In the meantime, if the officer becomes suspicious or the person cannot pass the test, he does not get a driving license. However, the government is introducing a scheme that eliminates the need to take a test to get a driver’s license. Let us know what the whole plan is ….

In fact, the Union Ministry of Road Transport and Highways has issued a draft notification seeking views on the matter. What is special is that the applicant applying for driving lines will be given a driving license only when he receives driving training from an accredited training center. Doing so will make the applicant eligible for a driving license and he will not have to take any test for this.

It is worth mentioning that thousands of people apply for driving test every day at RTO. There is also a waiting period for driving test at RTO. That means people also have to wait to take a driving test. In addition, there are complaints from many places that many people fail even though they know how to drive due to a defect in the driving track. So the government is now thinking that if a person gets training from an accredited center, he will be exempted from taking driving test.

The Union Ministry has also framed certain rules regarding the accreditation of such training centers. In fact, only after following these rules will the drying training center be recognized. Currently, the draft notification from the ministry has been published on the official website. The number of accidents will also be reduced if trained people drive on the roads after such measures of the government. At the accredited center the person will be taught to drive in different stages which will make it easier for the driver to drive even on busy roads. Currently, the government has asked the public for comments or their own views on the draft bill for the next 30 days. Which will be finalized later.

What is the eligibility to get a license?

According to the government’s draft bill, a person has to undergo 29 hours of training within four weeks from a designated training center to get a driving license without a test. There will be 21 hours of practical training, including four hours of virtual training. Which will teach how to drive in rain, fog and at night. Training time for medium or heavy vehicle will be 29 hours. This training is to be taken during 38 weeks. There will be 17 hours of theory and 21 hours of practical training.

One of the conditions for starting a training center is that a person should have at least two acres of land. Of which one acre of land should be sloping. In addition there should be adequate parking arrangements. They should also have two classrooms. In addition a driving track will also be prepared for training. In addition, it is mandatory to have a biometric system for attendance at the center. Which can provide information on whether the trainee comes regularly or not.