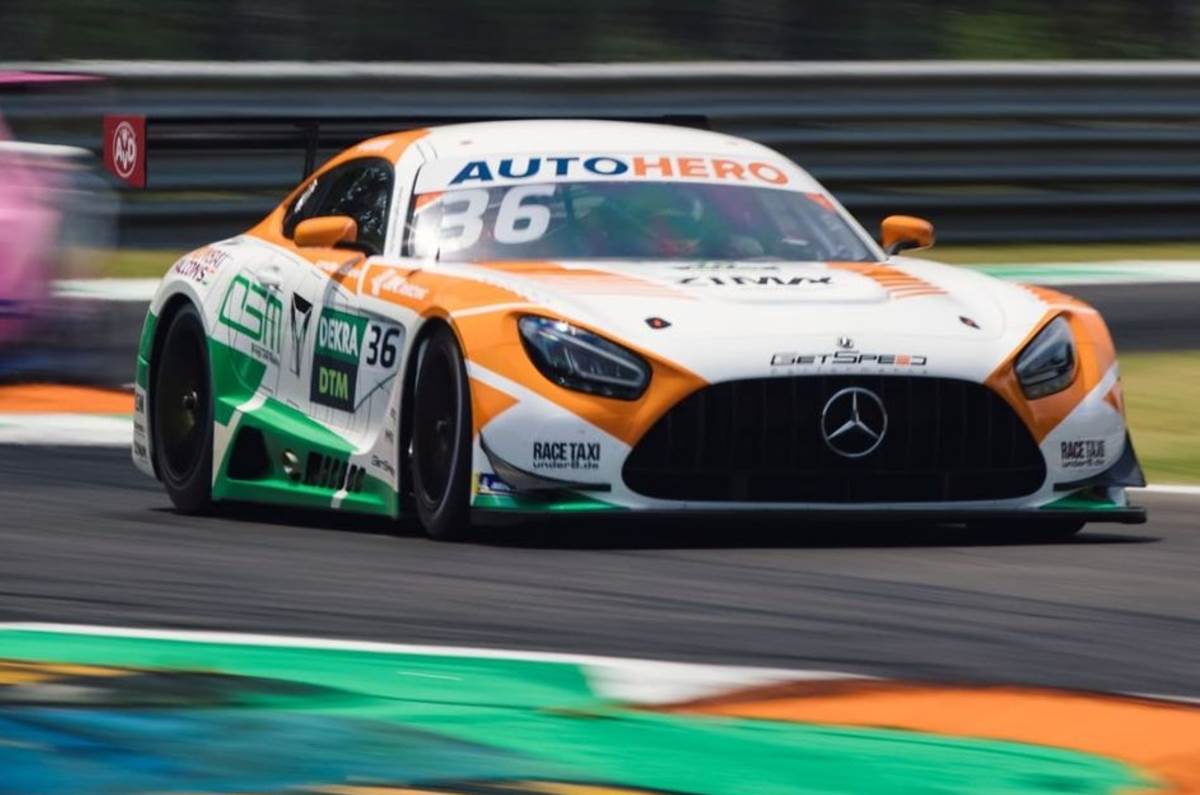 Arjun Maini finished his debut DTM (Deutsche Tourenwagen Masters) race in 14th place, on a day that saw him make history as the first-ever Indian to race in the series. The 23-year-old admitted that he’s learnt a lot from his maiden outing, and won’t have to wait too long to have another go at Monza, with Race 2 taking place tomorrow (June 20).

Red Bull protégé Liam Lawson won the race to become the youngest-ever DTM race winner, at 19 years of age. All DTM Monza sessions are being streamed live exclusively on Autocar India’s YouTube channel, so fans can tune in tomorrow to catch all the action.

As the DTM kicks off its new GT3 era, Maini is racing in the 2021 season for Mercedes-AMG affiliated team GetSpeed Performance. At least one pit stop is mandatory in the DTM races, and the team opted to run Maini on a long opening stint.

At one point, he was running as high as 2nd place, thanks to this, but he dropped down to 15th place after his pit stop. Ultimately, he could only salvage a 14th-place finish, but it was a key learning opportunity for him.

Speaking after the race, Maini said, “Obviously, the result is not exactly what we want, but we know with the Mercedes-AMG we have a good car and we know where to improve for tomorrow. So I’m looking forward to a better result tomorrow. In the end, it was good to fight with a few DTM legends in the race today.”

Liam Lawson, who is also competing in the 2021 F2 championship, went for the opposite strategy, going for an early pit stop. Starting from 7th on the grid, he soon gained two places – one after passing Esteban Muth and another thanks to Philip Ellis’ retirement.

Lawson pitted on lap 9 and by the time his main rival Abril pitted on lap 11, the latter couldn’t hold him off on cold tyres. After slotting into the lead, following a move on Turn 2, it was a relatively trouble-free run to victory for Lawson.

Vincent Abril had to settle for 2nd, while Maximilian Gotz crossed the line in 3rd place to make it two Mercedes-AMG cars on the podium.

Each DTM round will comprise two races, so Monza will host Race 2 tomorrow. Fans in India can catch all the action live exclusively on Autocar India’s YouTube channel.