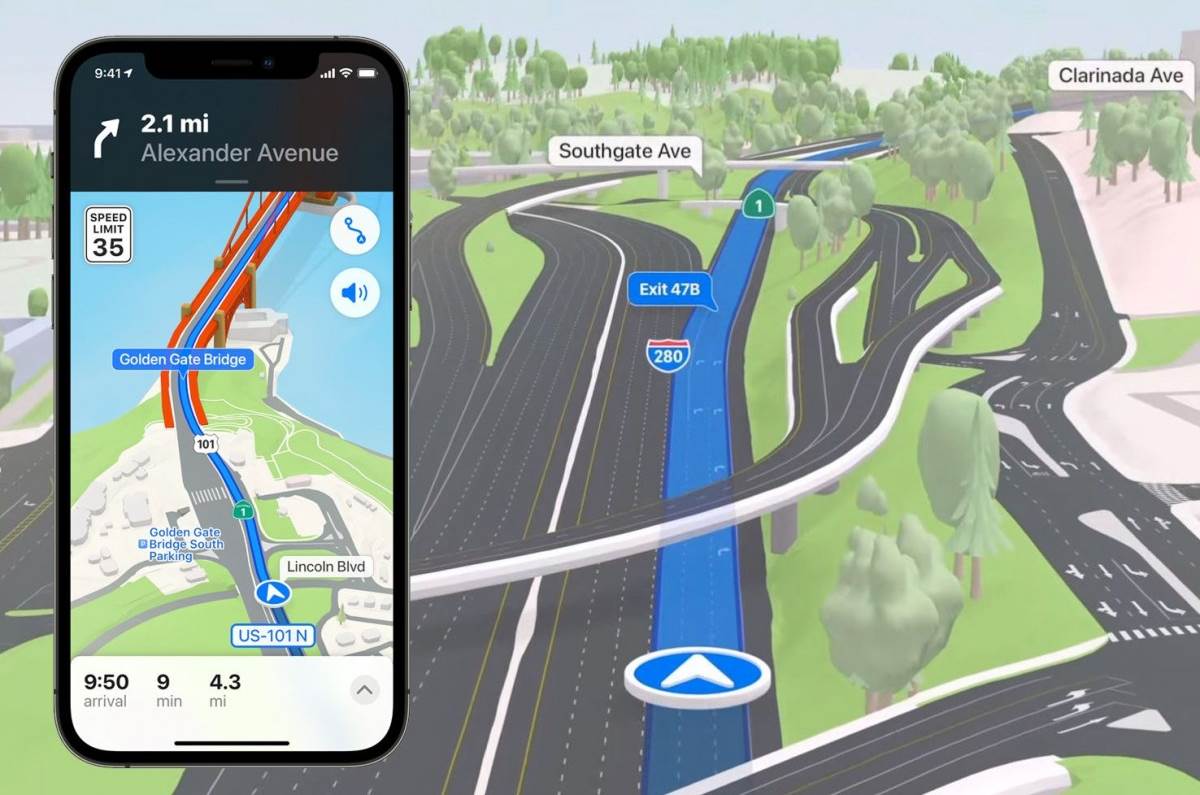 – Directions to be available in Augmented Reality (AR)

For a more engaging experience, the users will now have access to details like commercial districts, neighbourhoods, elevation, new road colours, and custom-designed landmarks. The update also brings in a new night-time mode with a moonlit glow.

The navigation through iPhone or Apple CarPlay now features the maps in three-dimension. This will help the users see and understand details like turn lanes, medians, bike lanes, and pedestrian crosswalks. The said feature will initially roll out for iPhone and will be incorporated for CarPlay later this year.

For users in transit, the updated maps will also help find the nearby stations. The maps also automatically sync the selected transit route and notify the user just before the arrival of the destination. This feature can also be accessed on Apple Watch.

Another interesting addition is the inclusion of Augmented Reality (AR). Users can simply hold up their iPhone and the maps will detect the accurate position thereby generating precise and detailed walking directions in AR. This feature will be launched in select cities in 2021 with more to come in the coming year.

The new updates on Apple Maps is a part of iOS 15 that is likely to be launched in September 2021. An official word from Apple is awaited for the confirmation of these features for India.