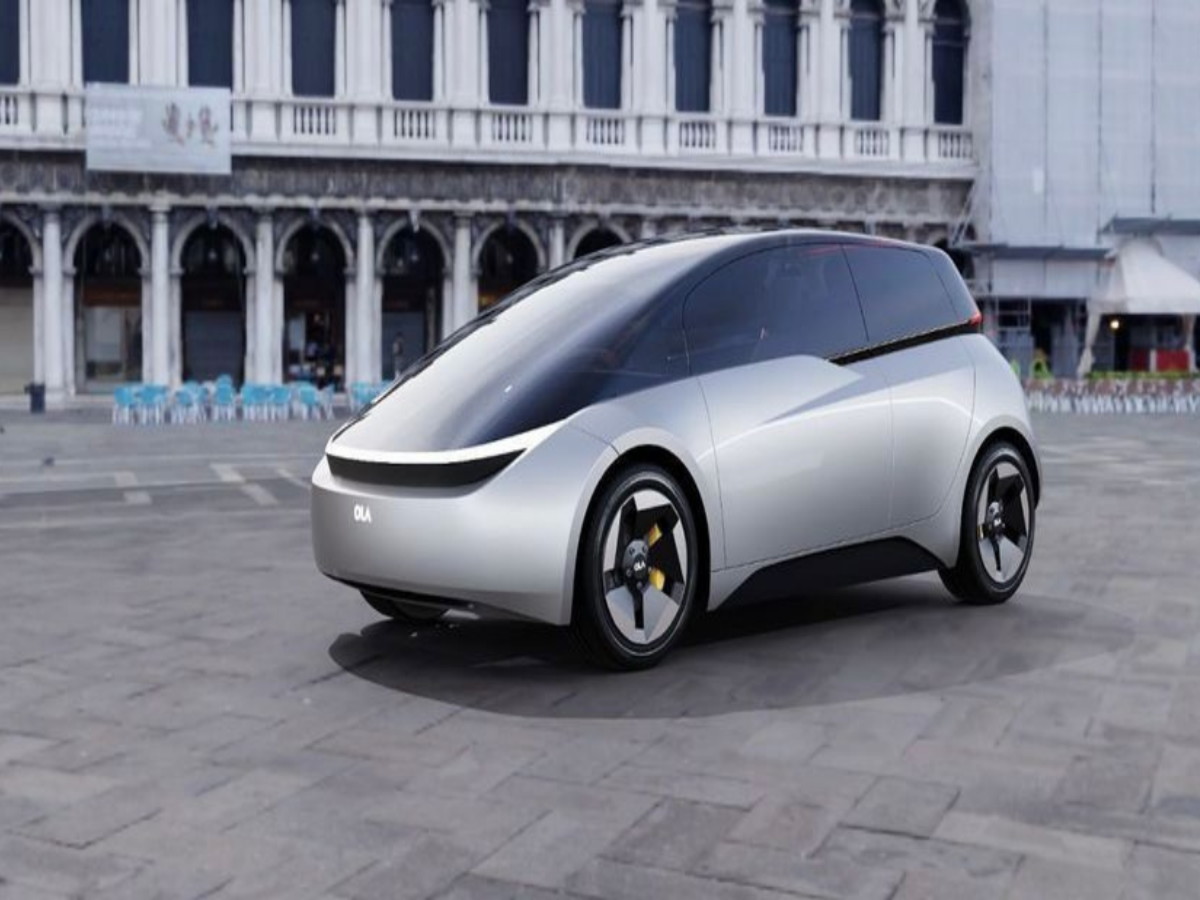 Check out the concept design of the Ola electric car

Ola Electric is preparing to join India’s electric vehicle (EV) market. While the company’s approach for the electric two-wheeler sector is viral, its plans to enter the electric four-wheeler market have begun to gain traction. Ola is seeking an early mover advantage in this new EV industry, which includes only a few players.

Although little information is available about the Ola electric car, according to sources it is built on a born-electric skateboard platform with a futuristic style at an affordable price.

The electric vehicle division of Indian mobility start-up wants to establish a global design center in Bengaluru. The facility will have all necessary capabilities, including clay modeling and a CMF (color, materials, and finish) lab. Ola has already employed numerous Tata designers for its electric PV project.

Due to lack of robust charging network in India, Ola is working hard to provide a solution for its customers. As with other electric vehicle manufacturers, expect the business to provide home charging equipment with its vehicles.

Ola has revealed its intention to build a nationwide hypercharger network over the next five years on the public charging front. The company intends to deploy over 1,00,000 charging stations throughout the country’s 400 largest cities.

Although Ola has only publicly stated its plan to build infrastructure for its scooters only. It might also double the hypercharge network to serve electric car consumers.

According to media reports, Ola CEO and Chairman Bhavish Aggarwal stated earlier this year that while the company has started with e-two-wheelers, it would eventually join the electric car market.

Ola has had its eye on this market for some time. Last year, it planned to add a limited number of Jayem Neos, a battery-powered variant of the Tata Nano, to its fleet but dropped the idea later. Ola has also incorporated Mahindra’s E2O into their fleet in some cities.

While Ola’s new EV venture is still in the works, it will likely come in two versions: private buyer and fleet. It may be difficult for the company to overcome customer preconceptions about the differences between private Ola cars and cabs.