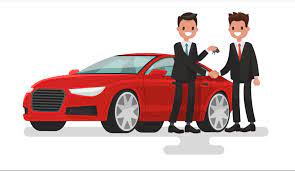 Hyundai is all set to launch its 7-seat SUV Alcazar in the Indian market. It will share its diesel and petrol engines with Creta and Tucson respectively.

Hyundai Alcazar is expected to debut on June 17 in India. However, depending on the lockdown limitations and scenario throughout the country, the date may be pushed ahead or postponed by one or two days. The Hyundai Alcazar will compete against the likes of MG Hector Plus, Tata Safari, and the new Mahindra XUV700.

The Alcazar will take the best features of the Creta and enhance them. It has a wheelbase of 2,760mm. When compared to the Safari and Hector Plus, it’s also the longest in its class. Hyundai will be offering the Alcazar either in the middle row of a 7-seater or a 6-seat captain with a center console. It will include the same 10-inch touchscreen infotainment system as the Creta, as well as wireless smartphone charging stations in the first and second rows of seats, and a panoramic sunroof, among other things.

The Creta will serve as the foundation for the Alcazar, but it will have its unique accents to set it apart. A chrome-studded version will replace Creta’s cascading front grille. In addition, the Alcazar’s fog lamp housing has been updated. The Alcazar is a longer car with noticeable differences beyond the C-pillar, such as a more extensive glass quarter panel. It will also be equipped with 18-inch alloy wheels, which are more significant than those seen on the Creta.

The Expected price of Hyundai Alcazar is between 14 to 19 lakh (ex-showroom).