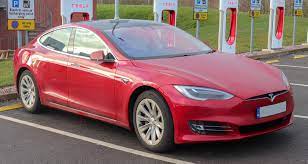 Why Tesla has activated the in-car camera?

To ensure drivers are concentrating on the road while driving, Tesla has activated the in-car camera in its electric cars.

The decision is seen as a capitulation to safety watchdogs who have criticized Tesla for not doing enough to deter drivers from abusing the Autopilot feature.

Several other carmakers have installed in-car cameras with eye-tracking technology to ensure that people using hands-free or partially automated driving systems keep their focus on the road.

The systems generally alarm if a driver’s eyes are taken from the road for more than a few seconds. If the driver does not reply, the car may potentially come to a complete stop. The response of Tesla’s system was not immediately clear.

According to social media images initially published by multiple tech publications, Tesla’s action revealed an over-the-air update given to its cars.

This camera, placed above the inside rear-view mirror, is designed to catch the driver’s inattention. It works in conjunction with the many sensors already in place, most notably on the steering wheel, but less dependable. They’re all designed to keep the driver present and alert even when they’re not controlling the car’s autonomous steering. In an emergency, they must be able to respond and act quickly.

At this point, owners of the Model 3 and Model Y are impacted. Tesla has also assured that data will remain private. According to the updated version, the system cannot save or transfer information until data sharing is permitted because camera data does not leave the car.

After numerous accidents involving a Tesla in Autopilot mode and drivers who were not adequately attentive, they decided to activate the inside camera. Tesla’s Autopilot is a driving mode that enables the car to drive, accelerate and brake on its lane without the driver’s input. However, the driver must keep an eye on what is happening to control if something goes wrong.