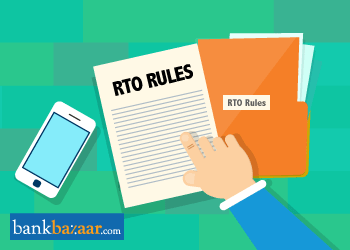 Uncommon traffic rules we had no idea even existed

Listed below are some of the most uncommon traffic laws that every driver should know. They are also some of the rules that witness the most violations as well.

Traffic rules are made to ensure the safety of commuters on the road. However, most people do not care to read them in detail and end up paying fines which defy all logic. So, let’s take a closer look at some traffic rules and violations which are covered under The Motor Vehicle Act that might attract a fine.

Getting blocked at a parking lot

If the exit of the vehicle is blocked by another vehicle in front of yours at a parking lot, you can call the cops or the owner/driver of the vehicle who would have to pay a fine of Rs 100 for blocking your way. This generally creates an undesirable mess and causes trouble for other vehicles to get in and out of the parking lot.

Not having a first aid kit

A first aid kit is very important that every car owner should be ready with. This small but crucial preparation might be ignored by many. In Kolkata and Chennai, if a driver fails to have first aid in his/her car if the vehicle meets with an accident, he/she might have to pay a fine of Rs 500 or serve a period of three times in jail.

Smoking inside a car

Driving a car without the owner’s acknowledge

Driving a borrowed car is not illegal. In Chennai, if you are borrowing somebody’s car, it should be duly informed to the person. Failing to abide by the rule, an offender can be charged Rs 500 as a fine or three months in prison.

Nowadays, touchscreens are usually offered in the higher-end variants of most modern cars. Owners of the lower variants or older models vehicles can have their cars customised with aftermarket screens. These can even allow playing video or serve as an in-car TV. Watching TV and video is highly distractive for driving, it is a punishable offence to install a TV or any other video device and you are likely to face a penalty of up to Rs 100.

Leaving your car without turning off the engine is a punishable offence in Mumbai and can be fined.

We hope that following these simple rules can prevent you from paying hefty fines.