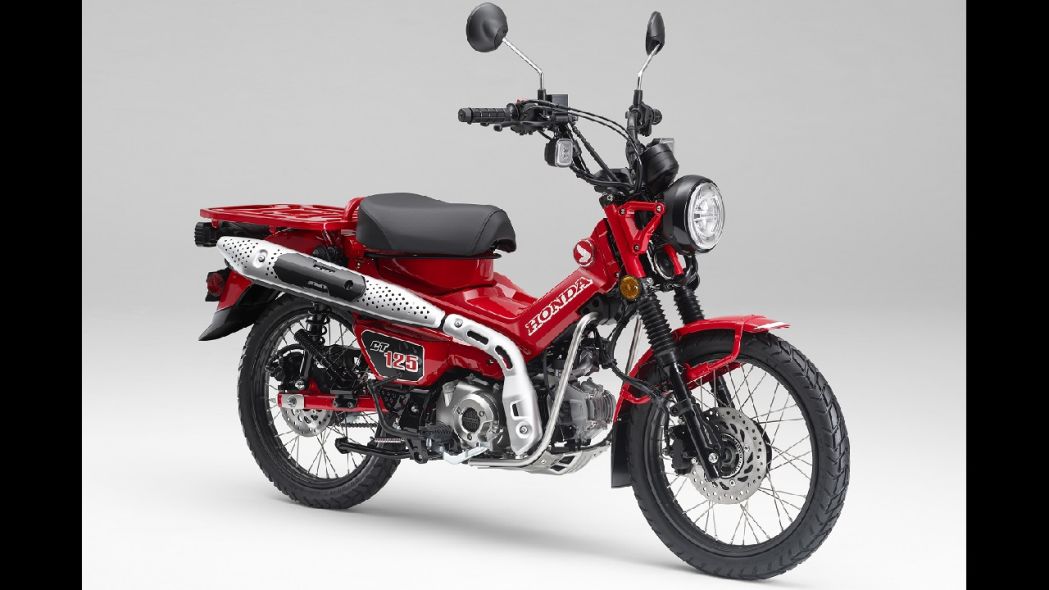 “You meet the nicest people on a Honda,” according to a decades-old ad, but you might not run into anyone if you use the new Hunter Cub CT125 on the type of terrain it was designed to tackle. Unveiled online, it’s an evolution of the perennially popular Super Cub C125 upgraded with components that allow it to venture off the beaten path.

Honda brought back the Hunter Cub, also often referred to as the Trail Cub, after a long hiatus to meet the growing demand for a leisure-oriented bike. It’s based on the Super Cub but it gains more suspension travel, a stronger frame, bigger tires, and a skid plate that protects the engine. The exhaust is mounted higher to ensure it doesn’t lose its first fight with a rock.

Power comes from a four-stroke, single-cylinder 125cc engine that makes 8.7 horsepower and 8.1 pound-feet of torque; the decimals matter here. It’s the same time-tested air-cooled unit that powers the Super Cub, but Japanese Nostalgic Car learned it’s been tuned to deliver more low-end torque at the expense of high-end horsepower. The Hunter is also equipped with a 1.4-gallon fuel tank that gives it a surprisingly useful 220-mile range, disc brakes, and a single-channel ABS system that prevents the front wheel from locking up.

The 264-pound Hunter Cub can carry two riders in relative comfort, and it’s fitted with a generously-sized rear luggage rack to carry their gear. Its 6.5-inch ground clearance makes it surprisingly capable. It’s not quite a two-wheeled Jeep Wrangler. Instead, think of it as the Subaru Outback of the 125cc segment.

Honda will begin delivering the Hunter Cub in June 2020 in Japan, where pricing starts at 440,000 yen (about $4,000) including a 10% tax. It will be available in other markets shortly after, but there’s no word yet on whether it will be sold in America. The company’s Powersports division sells the Monkey, the Super Cub, and the Grom here, so it’s not unreasonable to assume the Hunter Cub will join the range sooner rather than later.

Besides, we’ve been here before. Honda’s American division marketed a similar, Cub-based two-wheeler named CT110 between 1980 and 1986, though it remained available in some markets until 2012.