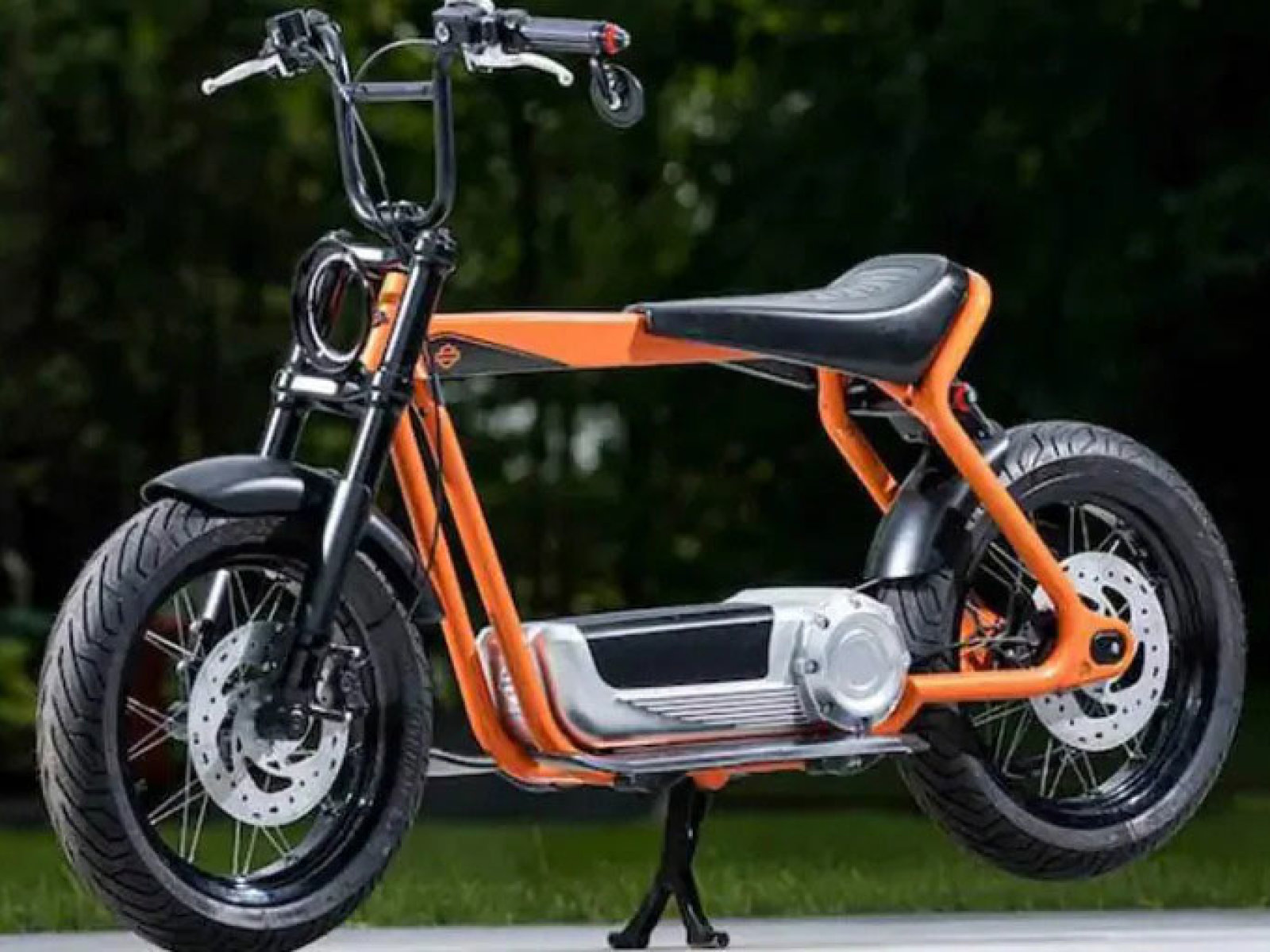 Despite Harley-Davidson putting the LiveWire electric motorcycle on hiatus for a brief spell last year, and despite its financial difficulties in the present, America’s motorcycle maker wants everyone to know that it still has many plans for an electric future. Two years ago, the Milwaukee-based bike builder released sketches for a concept electric scooter and a concept electric flat track bike. Last year H-D took a highly designed version of the electric scooter to the Consumer Electronics Show, at the same time as it took a highly unfinished version to the Winter X Games in Aspen, Colorado. To start this year, the bike maker posted two images on a page of its website devoted to electric possibilities. Included among them are a production-looking version of the scooter, and a more fleshed out version of the flat tracker.

Harley calls the oval racer its “middleweight EV concept” and says it “bridges our EV technology to our rich history of racing and the legendary XR750.” Designed as an “EV for the quick and competitive,” the street-legal upright ride is intended to serve three purposes, as either an “ultimate city bike, high-performance run-about or next-gen short tracker.” Compared to the drawing of two years ago, the streetfighter gives a better glimpse at its LED candy bar headlight, features a much larger battery, a more realistic fairing-seat combo, integrated space for a number plate, and a license plate in between turn signals on a fairing curved around the rear wheel.

Harley christened the electric scooter its “lightweight EV concept” made to “reimagine the urban commute.” Retro handlebars hold brake levers for both wheels and stand over telescopic forks, a single top tube supports a banana seat, double-down tubes cradle the battery and motor. Fattish tires would be more than capable of swallowing anything a rider is likely to find on the sidewalk or in the bike lane, assuming that’s where this is mean to be ridden.

There’s no timeline for production for either concept, although the scooter looks like it’s ready to roll down an assembly line right now. Harley has the LiveWire for adults and electric balance bicycles for tykes on sale now, and e-bikes on the way, but it’s clear that other products must come to fill the gap. The page promises a “commitment to a full lineup of electric two-wheelers designed to establish the company as the leader in electrification of mobility over the next several years.” If the bike maker can come with price and specs to get that middleweight concept near enough to be competitive with a Zero motorcycle, they could have something special.