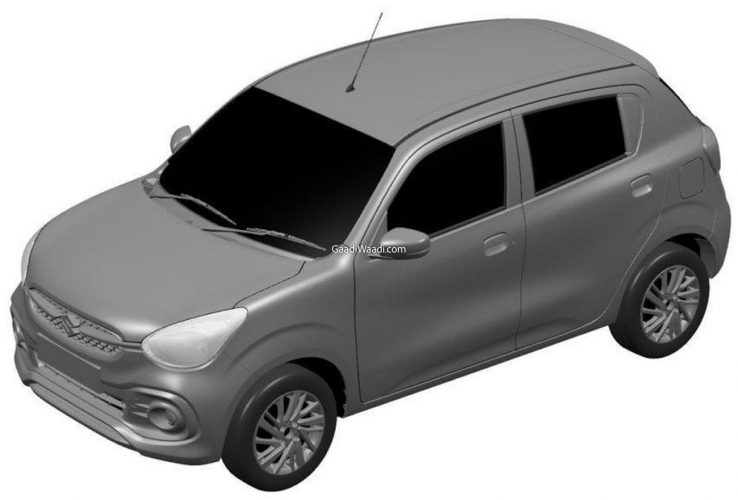 Maruti Celerio was first launched in the Indian market back in 2014, and the manufacturer is planning to give the vehicle a major overhaul soon, in the form of a generation change. The next-gen Celerio has been spotted multiple times during road tests on the streets of India, and it is expected to go on sale in the coming months, around Diwali time.

Recently, the patent images of the next-gen Maruti Celerio were leaked online, giving us a clear look at the vehicle’s exterior design. Based on that, digital artist Shoeb R Kalania of IAB has created a digitally rendered image, which shows us the potential face of the upcoming hatchback. The rendered model sports a pair of rounded headlamps, along with a rounded front grille, a departure from the square-ish elements of the current model.

The grille has chrome slats running horizontally outwards from the Suzuki logo in the centre. The front bumper features fog lamps towards the sides, seated inside blacked-out housings, with air vents in the centre section. Other noticeable details on the vehicle include body-coloured ORVMs and a long antenna protruding up from the centre of the roof.

The next-gen Celerio will be built on Maruti Suzuki’s Heartect platform, which also underpins other hatchbacks from the brand, like the Wagon-R, Swift, and Baleno. Also, the upcoming new-gen model is expected to be slightly larger than the current Celerio, which should also increase the interior space by a small margin.

The next-generation Maruti Celerio is expected to be powered by the same 1.0-litre petrol engine (68 PS/90 Nm) that does duty on the current model. An optional CNG kit will continue to be offered on the vehicle, great for economy-minded buyers. Maruti might offer a 1.2-litre petrol engine option (83 PS/113 Nm) as well on the vehicle, just like it does on the Wagon-R.

Transmission options on the car will consist of a 5-speed manual and a 5-speed AMT. The current-generation Celerio is priced from Rs. 4.65 lakh to Rs. 5.90 lakh (ex-showroom, New Delhi), and the next-generation model will be priced at a slight premium over this.