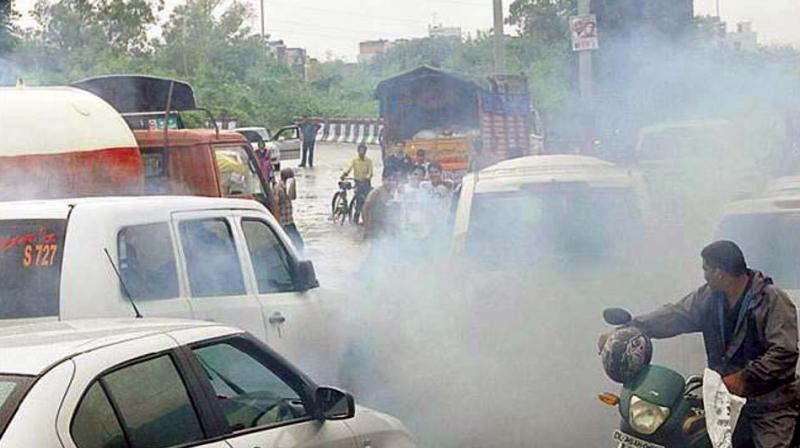 The Delhi government has banned the entry of diesel and petrol vehicles from November 27. Only CNG and electric vehicles will be allowed to enter the city.

According to Delhi Environment Minister Gopal Rai, from November 27, only trucks and tempos operating on compressed natural gas (CNG) will be permitted to enter Delhi, except those providing critical services.  The capital city stopped heavy goods vehicles carrying non-essential commodities from entering the city on November 22 to reduce air pollution.

After a review meeting with senior officials, he stated that he would extend the ban on trucks running on other fuels entering Delhi till December 3.

The minister said offline classes at schools, colleges, and other educational institutions, which had stopped due to excessive pollution levels, will resume on November 29.

“We have decided to let all CNG and electric vehicles into Delhi as of November 27.” Gopal Rai, Delhi’s environment minister, has announced a ban on all other vehicles till December 3.

“On November 29, normal operations at Delhi government offices will resume as well. We advise them to commute via public transportation. Would start Special bus routes from areas with the highest number of Delhi government employees,” he added.

“All schools in Delhi would stay closed for physical classes till further orders,” the Directorate of Education announced earlier on November 21. “Online education will continue.”

As the air quality improved, the Delhi government lifted the building and demolition ban on Monday.