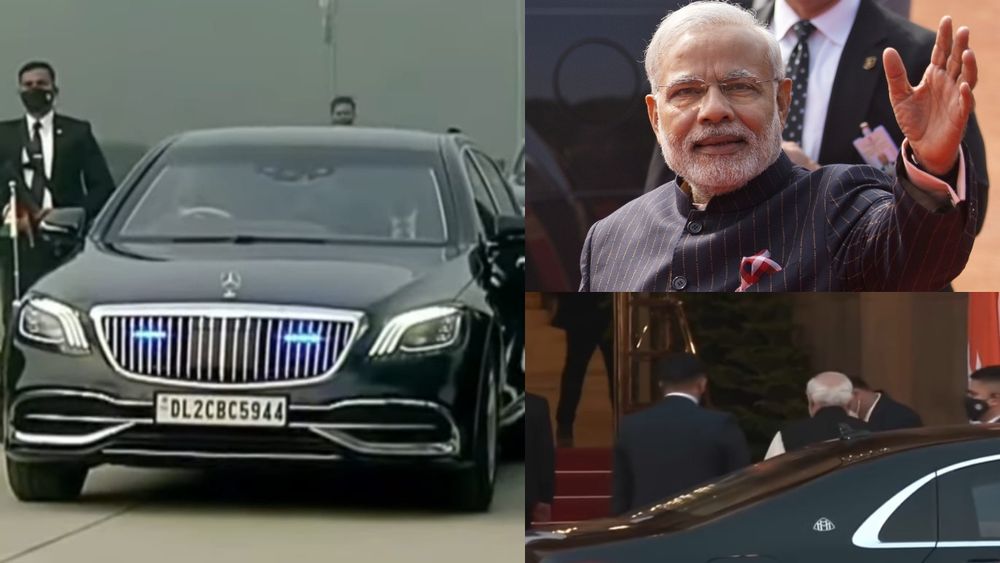 PM Narendra Modi’s convoy is now blessed with an armoured Mercedes-Maybach S650. As per reports, he has upgraded from Range Rover Vogue and Toyota Land Cruiser.

The newly face-lifted Mercedes-Maybach S650 Guard was launched in 2019. It has the VR10 level of protection, the most significant level ever offered in a production model. Buyers can also choose customisations and features, significantly impacting the final product’s pricing.

Last year, Mercedes-Maybach launched the S600 Guard in India for Rs 10.5 crore, and the S650 may cost more. Because the Special Protection Group, or SPG, which is responsible for protecting the country’s important people, including the Prime Minister, does not have to pay import taxes. The final cost may be significantly lower.

Like the S600 Guard, the S650 Guard complies with Directive BRV 2009 Version 2 and delivers VR10 protection, and it provides the highest level of security available in any private vehicle globally.

Hardened steel core bullets can’t penetrate the VR10 grade, which means the body and windows can withstand the bullets.

It has also got 2010 Explosive Resistant Vehicle (ERV) rating. It enables the car to defend its occupants against a two-meter blast of 15kg TNT and repositioned the rear seats to allow passengers to sit further back in the vehicle and increase legroom.

The Maybach S650 Guard has unique integrated steel between the outer skin and structure, further enhancing protection. Polycarbonate coating inside windows and heavy armors on the vehicle inside protects against direct explosions.

It can refill the cabin with fresh air for gas attacks and cover the fuel tank with a unique substance that instantly closes the holes upon a hit—built using the same material as Boeing’s AH-64 Apache tank attack helicopters.