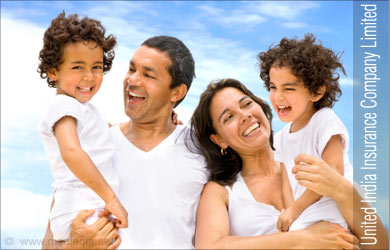 Indian Army all set to get armored vehicles from Mahindra Defence

The new Mahindra Armoured Light Specialist Vehicles can be updated or equipped for a range of operational regulations in the field. These vehicles, which have a modular design, allow protected mobility for four crewmembers in the front, side, and rear.

According to Mahindra Defence Systems Limited, it has got the order of 1300 Armored Light Specialist Vehicles (ALSVs). The Indian Army will deploy armored tactical vehicles for weapon carriage requirements and surveillance under the new contract, valued at Rs 1,056 crore. Over the next four years, Mahindra Light Specialist Vehicles will gradually integrate into the Indian Army’s fleet.

The new Mahindra Armoured Light Specialist Vehicles can be updated or equipped for a range of operational regulations in the field. These vehicles, which have a modular design, allow protected mobility for four crewmembers in the front, side, and rear according to STANAG Level I Ballistics and Blast. Along with the 400kg cargo loading capability, the ALSVs provide enough storage space for weaponry and ammunition outside the crew compartment. STANAG – II Ballistics can be added to these.

How Mahindra win the contract from the Ministry of Defense?

The MoD had invited competitive bids from Indian companies through an open bidding process, in which the vehicles are put through rigorous testing under various operating conditions.

The Indian Army put the MDS LSV through a rigorous and detailed testing process in various environments, including high altitudes, deserts, and plains. The MDS LSV was the only vehicle to pass every field, ballistics, and technical test.

The advantages of Mahindra Defense Systems

The LSV was designed and developed by MDS in India to meet the Indian Army’s stringent requirements. This vehicle is future-proof because of its modular architecture. MDS also possesses the essential IP and expertise in all vehicle development elements, from LSV Variant creation through entire lifetime maintenance, as the vehicle’s original equipment manufacturer.

This contract represents the success of the Atmanirbhar Bharat initiative, Mahindra Defence Systems Chairman SP Shukla remarked. It’s the country’s first big contract for advanced armored tactical vehicles created and manufactured by the private sector. This agreement paves the path for the widespread use of Indian platforms with indigenous capabilities.

The Indian Battalion is already using a version of the MDS LSV in Africa as part of a UN Peacekeeping mission. Other friendly foreign countries have inquired about the vehicle’s specifications for their operations, indicating the vehicle’s export potential.