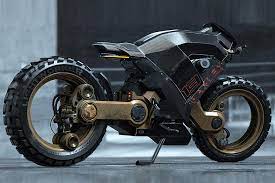 After its decade-long failed run in the Indian market, Harley Davidson is all set to re-enter India with an entry-level bike.

Harley Davidson had a troubled decade in India. In September 2020, it decided to shut shops and stop manufacturing bikes in India. However, later news came that Harley Davidson will now sell bikes via Hero MotoCorp.

Now, Harley is all set to launch its entry-level bike in India. The images if the 300cc Roadster bike has been leaked and is all over the social media. The bike is expected to give tough competition to Royal Enfield.

This bike has come out after Harley Davidson announced a partnership with the Chinese automaker Qianjiang. It is the parent company of Italian bike company Beneli. Hence, it is believed that the upcoming Harley bike may be based on Beneli 302S as it designed specifically for the Asian market.

However, there is no official statement from any of the bike-maker. If we believe reports, the bike might get a 296cc, V-twin engine that would churn out 30hp of power. The kerb weight of the bike would be around 160 kgs.

In 2020, Harley unveiled 338R Street Tracker Concept. It looked like the famous Iron 883. It is equipped with water-cooled overhead-cam V-Twin motor, Large fuel tanks, upside-down fork, and round shaped headlights. The bike comes in zed black color. However, it is not clear whether the bike will be launched for sale or not.

As per reports, the motorcycle will have a wheelbase of 1400mm along with 16 inch front and 15 inch rear alloy wheels. It will get a top speed of 130 kmph. It will also offer ABS as standard.

Since, Harley Davidson has stopped sales and production in India, the bike will be imported and sold by Hero MotoCorp in India.